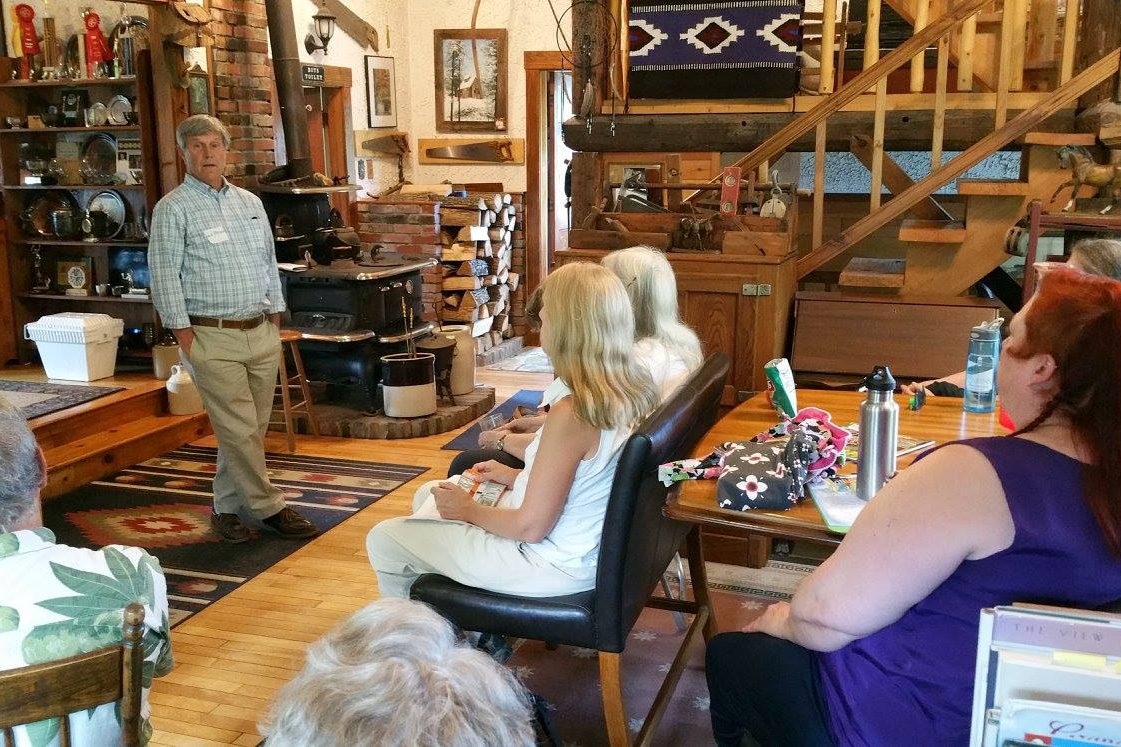 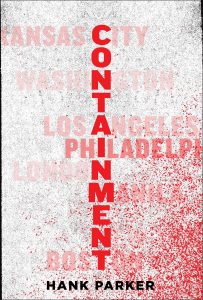 Midway between lunch and the ice cream social I met with a dozen other writers in Jerry Johnson’s comfortable living room to chat about my bioterror thriller, CONTAINMENT (Simon & Schuster/Touchstone, 2017). I talked about why and how I came to write the novel; its pathway to publication; and the ups and downs of life after publication. I then asked for ideas about how debut novelists could best publicize their books. The other writers could not have been more obliging and helpful.

I began by relating the horrific history of the Foot and Mouth Disease (FMD) outbreak in England in 2001. To contain the highly contagious viral affliction, authorities enacted a livestock slaughter program and essentially shut down the countryside. It took six months to halt the disease, six months during which six million cows, sheep, and pigs were deliberately killed, the British economy took a $20 billion hit, the nation was traumatized, and the populace lost faith in its government.

I then posed a series of questions: What if this had occurred in the U.S., with its far larger farm and livestock economy, and where the last FMD case occurred in 1929? What if the U.S. suffered a rapidly spreading animal disease outbreak that could also sicken and kill people? What if there were no effective vaccines? What if the virus had been bio-engineered and introduced by terrorists?  And what if the disease agent were carried by insects—say ticks?

I had thought a lot about those frighteningly plausible possibilities during my tenure as a science program manager at the Agricultural Research Service of USDA. When I retired from the agency, I decided to focus on writing, and the hypothetical scenarios became the basis for CONTAINMENT. I completed the first draft in 2009, thanks to the stimulus of National Novel Writing Month. After multiple revisions, it was published in January, 2017.

We then got into the meat of the session: How can writers who are shy about self-promotion and averse to social media, shuck their reluctance and effectively promote their books? It turned out most of the audience had been through this themselves and they generously shared their ideas and experiences. I’m now working through two pages of detailed notes, gradually implementing their excellent suggestions. Thank you, audience! And thanks, also, to all the organizers, presenters, and participants of Into the Words, 2017. 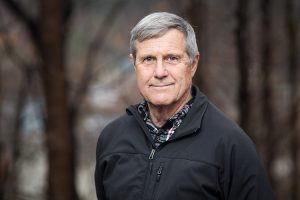 Hank Parker holds a PhD in biological oceanography and is an adjunct professor at Georgetown University’s School of Medicine where he teaches a course on biological threats to food and agriculture. He formerly served as a research manager and Acting Director of Homeland Security at the Agricultural Research Service of USDA and has published and lectured on bio- and agro-terrorism. He and his wife, Sue, live in Sutton. For more details, you can visit his website at hankparkerauthor.com

Some great news: CONTAINMENT will soon be coming out in paperback. Release date is September 12, perfect for a quick end-of-summer read when ticks (the novel’s true villains) will still be out in force. So, if you haven’t yet bought the bioterror thriller (what?!), now’s the time! Or if you have purchased it (thanks!), think about a gift for someone else.

You can pre-order at the following links: Simon & Schuster and Amazon.