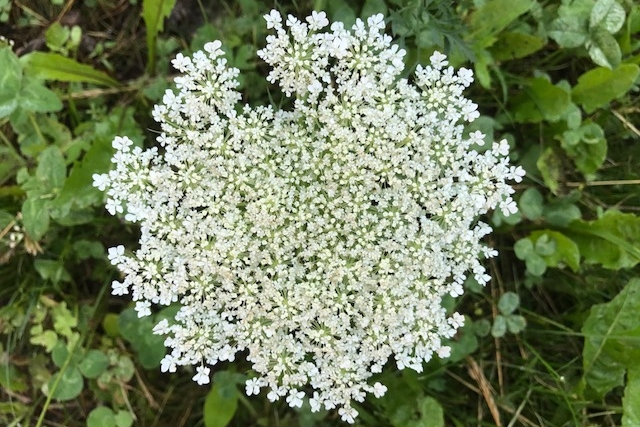 This is the story of my evolution as a poet. Over the years of my League membership (I joined in 1978) I’ve learned what attendees want from a meeting is something useful they can take home. Maybe you take home only one useful thing from a meeting. Well, then, you are that much ahead on your writing journey!

So about my journey: I majored in English in college where I took lots of courses in British literature, American literature, history, and theatre. My extracurricular focus was theatre. I had major parts and also worked backstage.

About theatre: I think all writing is a form of theatre. It all started with the solitary storyteller in front of a fire with an audience around, faces illuminated by firelight. Writers who forget what they do is theatre, in my opinion, forget to engage the audience. Then, poetry becomes self-absorbed, esoteric, and shuts out the audience.

There is the part Vermont played. My father grew up in Stowe, Vt. In 1946 Dad and Mother bought their own place in Hyde Park. It was a rundown, hill farm, not a beautiful valley farm as the farm in Stowe was. Since then, the Hyde Park land has been my center. It didn’t matter where we moved: that was home.

After getting my master’s in English, I taught a year of kindergarten in Ohio and then moved to Vermont and taught at Peoples Academy in Morrisville and later, at Lamoille Union.

I married a Vermonter who decided to get his doctorate after farming for 10 years and then teaching high school another 10 years. We lived out-of-state for nine years in Illinois and West Virginia. Then he was hired by UVM, so we moved back, and I began writing seriously for children. I was joy-filled about being back in Vermont. The Wonderful Hay Tumble, my picture book published by William Morrow, Jr., is the result. An unexpected and delightful consequence of the book being published is I eventually spoke in 43 schools and libraries all over Vermont, a wonderful way to connect with my audience of children. By the way, if you write and publish, you will be asked to speak.

League figures in the story of my picture book: I dared to hand Jim DeFilippi a copy of The Wonderful Hay Tumble at a meeting. I watched his eyes glaze over and could read his thoughts. “Another sweet attempt by a lady….” At the time he was writing a weekly column for the Burlington Free Press. He liked my book and gave me a half page review with an illustration from the book, and my phone rang off the hook with schools and libraries wanting me to speak.

Be succinct and concise.
Have an element of story.
Grab your reader with the first sentence.
Have a bang-up last sentence.
A lyric poem is a moment in time, like a good picture book.

I took years of classes in writing for children with Susan Bartlett Weber, former children’s book editor with Little, Brown. She held other major editorial positions.

Now, poetry and me: I didn’t dare attempt poetry until I was 50. Why not? In college, there were no women role models. No women taught English Lit or Am Lit or theatre at my alma mater. Women taught only physical ed to women or a language like French or Russian.

What does the lack of women writers in the curriculum or women teachers on the faculty tell a girl?  I also remember a beloved professor telling us that Hawthorne called women novelists “scribblers,” thus dismissing them.

The writing hero of my college professors was Ernest Hemenway. Today, Hemenway isn’t the only worthy writer. Here is what Adam Gopnik writes in the New Yorker on July 3, 2017: “But few would now give the old man the heavyweight championship of literature for which he fought so hard, not least because thinking of literature as an elimination bout is no longer our style. We think of it more as a quilting bee, with everyone having a chance to add a patch, and the finest patches often arising from the least privileged quilters.” Note: the New Yorker writer even uses an image from a womanly art.

So in my lifetime it became all right for minorities to write out of their experiences. And women are one of the minorities. Suddenly there were books written by women. So I read women writers who were writing things from their perspective that had never been written before. For many years there were few books or poems published by women. Even now, many more male writers than female are published in a year.

When I was age 50, someone in my writing group introduced me to Mary Oliver. It was an a-ha moment. I read a book of hers and said, “I can do this!” Reading her, unleashed a flood of poems for me.

A number of my poems are published. Some have won prizes. I won the Ralph Nading Hill, Jr Award for a poem, “Bear Fear.” Last spring Finishing Line Press emailed me they’d like to publish my 31-page-collection of most of the horse poems I’ve ever written. “Earth Striders.,” a chapbook, is now available through the publisher in a pre-publication sale. The numbers ordered will determine the pressrun. It is available online.

To Assist You on Your Writer’s Journey
1. Firm knowledge of grammar—I remember what the prof of a magazine writing course I took said. Every night before bed he reads a grammar book to improve his grammar skills.
2. Remember, writing is theatre and you must engage your audience.
3. Belong to a writer’s group: I have belonged to League since 1978, a children’s writing group, Otter Creek Poetry, PSOV, Marge Sharp’s and my Monday Morning Marketing. Change your group if those in the group don’t support you or if criticism is destructive. One of the good things about Otter Creek Poets, meeting every Thursday for 20 years, is the group is kindly. The founder, David Weinstock, insists upon this.
4. Take some magazines: I take Poets + Writers; SCBWI Bulletin.
5. Send your stuff out! Add your voice to the mix! It is o.k. to be from any group now, and Lilian Baker Carlisle, a former LVW president, said,  “It doesn’t exist if it isn’t published.” She is the subject of a recent Chittenden County Historical Society book.
6. Meet a weekly deadline. One benefit of David Weinstock’s Otter Creek Poets  is he gives an optional assignment weekly. I use Thursday’s session as a deadline. This means I have a body of work.

Kathleen McKinley Harris is a Middlebury College graduate and has a master’s in English from Case Western Reserve University. She has taught kindergarten and high school and university level English. She was the co-publisher-editor of a Vermont newspaper, The Champlain Courier. William Morrow, Jr. published her children’s picture book, The Wonderful Hay Tumble. She is the winner of the Ralph Nading Hill, Jr. Literary Award for her poem, “Bear Fear.” A number of her poems have been published.