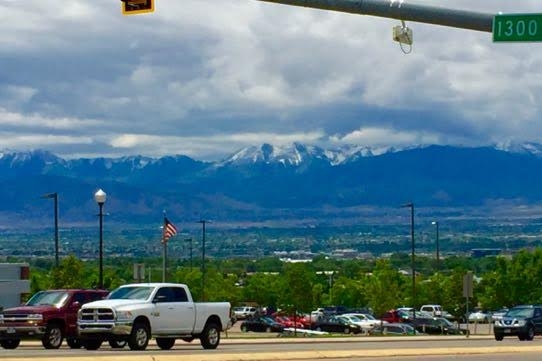 A continuation from PART 1...

Coming all the way from Vermont and having endured a grueling twelve-hour journey to get here (I stupidly decided to save some money by allowing for two stopovers), I have opted for the full experience. It includes a daily morning workshop facilitated by a published author, agent, or editor—four hours every day, twenty hours a week, in small groups of ten to fourteen.

My teacher is Janette Rallison, author of the Fairy Godmother series, whom I instantly recognize as a kindred spirit… blunt, spunky, a woman of few secrets.

Morning workshops are a tour de force of kid-lit writing, a mini MFA, with as much information crammed into five days as possible. The thirteen women and one guy who make up my class sweat trying to keep up on the rapid-fire tips on plotting, structure, and character development.

Ahead of the conference, we all submitted the first twenty pages of our novels to Janette’s assistant Rachel, to be critiqued by the teacher and our peers. I learn a lot reviewing 260 pages of unpublished manuscripts—stories that range from historical fiction (the dangers of coal mining in the 1920s) to epic fantasy (faerie worlds populated by dragons, wizards, and reluctant heroines). And, of course, I get a lot of different viewpoints on my own manuscript.

The afternoons are filled with three one-hour lectures, some in the auditorium, others in the various classrooms. Here are some of the highlights from the week: 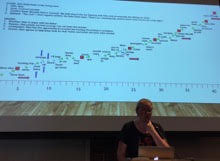 Lisa Mangum, managing editor of Shadow Mountain Publishing, discusses the intricacies of scene and sequel. She demonstrates perfect pacing and structure on the pilot episode of Supernatural.

I blame her personally for getting me hooked on the series… that night, instead of writing in my hotel room, I watch three Supernatural episodes on my laptop (and another three the next night).

Stephen Fraser talks about the need for privacy. While he acknowledges the need for an “author platform,” he also thinks that we are all way too distracted these days.

“We tell everyone what’s going on with us and leave nothing to ourselves,” he says and recommends to take some time every day to sit quietly and just be with our thoughts.

Stephen warns that once we’re with a publisher, they will want to brand us, turn us into a franchise. In other words, once we’ve written that one successful YA steampunk novel, that’s what they want us to write forever.

“I’m here to protect you from that,” he says, which makes me want to kiss him. “A writer’s creativity shouldn’t be stifled by forcing them to write only one thing. If you feel compelled to write in different genres, then it’s my job as an agent to help you sell those stories.”

Take that, you branding agents who-shall-not-be-named. I feel vindicated about my eclectic tastes and writing interests.

Ben Grange, a young agent with L. Perkins who’s also an author, does a refreshing presentation that questions some truisms about writing. He disagrees with the old saw that you should “write what you know.” Instead, he encourages us to go ahead and write what we don’t know, learning new things by putting ourselves into other people’s shoes.

He says writers shouldn’t be afraid to write a shitty first draft (SFD, a phrase coined by Ann Lamott) or even a shitty first novel, “because shit is often used as a fertilizer.” He himself had to write nine crappy novels before one was good enough to publish.

That’s comforting, though if I were to write nine crappy novels before getting an agent, I’d be sixty-five by the time one got published… so maybe not.

Aside from the many great lectures over the five days that go by way too fast, we also get some excitement: rumor has it that Stephen Fraser has tapped one of the attendees to sign with him.

Using my Spidey sense, I figure out that it must be C., a woman in my class who wrote a riveting story about a Chinese fisherman’s son in the late 1800s. No surprise there—her writing style is sublime, a mix of The Kite Runner and The Life of Pi. I’m really happy for her; it shows that miracles can indeed happen.

The five-day marathon ends with a keynote speech from award-winning YA author Julie Berry, who is giving a 45-minute pep talk for writers that is nothing short of hilarious.

Julie is convinced that what keeps many of us from writing consistently is the feeling that we have to write well. Forget about that, she says: “You don’t need to punish yourself if you don’t feel like writing well. You can always write badly.”

Feeling that we have to write well constipates our creativity, she insists. “Don’t worry about writing badly. There are fifty shades of awful writing, and a market for it too. Just keep lowering that bar, baby.” After all, she says, “So what if you’re a mediocre writer? The world is full of mediocre readers!”

Worrying about writing is not writing, so get over your fear. Don’t stall by organizing the fridge or doing the laundry. Sit down and write. Because, if you “do the work instead of diddling the time away, it makes it easier to face the fear the next day.”

And so ends another fabulous WIFYR experience. I’ll grab my bag and say goodbye to old and new friends, promising we’ll keep in touch. So long, guys, I’ll be back for the boot camp. 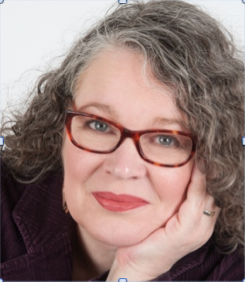 Shannara Johnson is a US freelance copywriter and copy editor who was born and raised in Germany. She lives in Vermont with her teenage son, two badly trained dogs, and one cat who thinks he’s a dog too. As a person who gets bored easily, Shannara is unapologetically eclectic in her writing: from picture books to middle-grade and young-adult fiction, to adult horror short stories and humor—anything is fine, as long as it’s fun to write and read. You can find her equally eclectic blog at www.grumpygermanwriter.com.