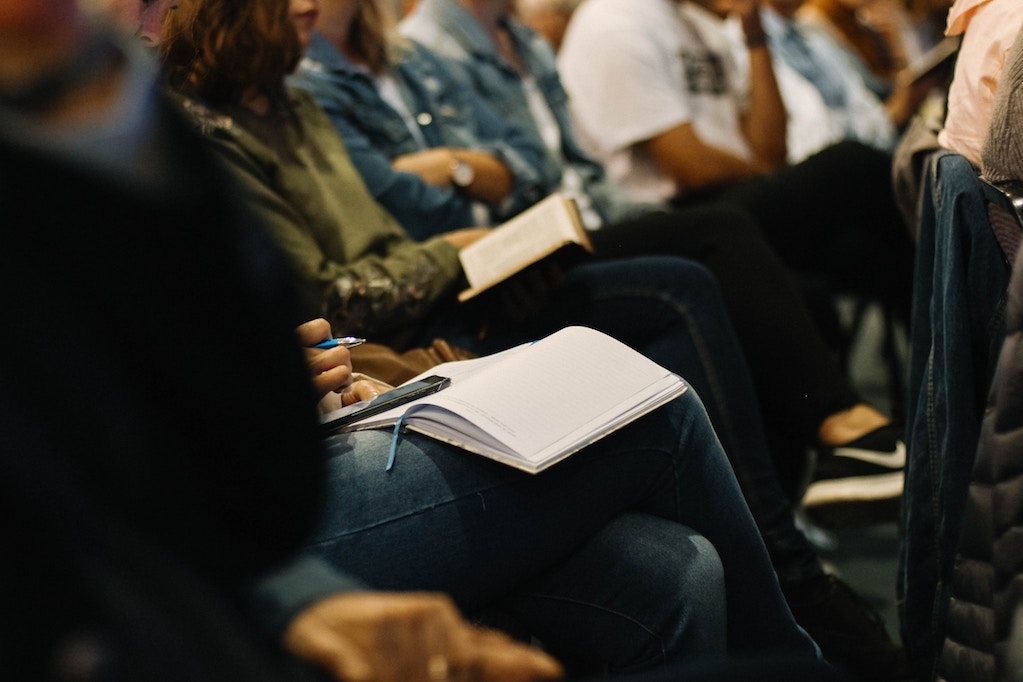 I joined the League of Vermont Writers in 2012, attending my first program that January. I was only a year removed from my MFA program and only a year back in Vermont. My writing community had been dismantled upon graduation. Though my graduating cohort could have exerted effort to stay connected by any number of digital means, we didn’t. Consequently, the writing community that had been available to me as a graduate student was now something I had to seek out. Though the act of writing happens in isolation, living the writing life does not. I mean it could, but it would be hard and boring and unfulfilling (in my opinion).

That January that I attended my first League program, I had the privilege of sitting with the current president, some current board members, established writing professionals, and longtime LVW members. As a twenty-something-year-old woman I was still working on admitting I was a writer and validating the idea that writing didn’t have to be only a dream; it was a realistic option. Thus, sitting with this dynamic and accomplished group of writers was like sitting among greatness. Greatness that I could only hope was contagious and would jump from their hands onto mine as we shook during introductions and again in farewells.

To some extent I believe that their greatness did leap off them. That same winter I joined every committee the League had at the time, over committing myself but feeling fueled by the energy of working with other writers within a professional writing organization. This was the adult-writing-life, the next step beyond the MFA program and its default community you are handed when you enter. Soon I was helping with programming, marketing, and the newsletter. Shortly thereafter I was asked to fill out the remaining seat of a Board member who had to step down before their term was up. Then I was thrust into the Presidency, where I held office for three years. And now I serve in the Immediate Past President position, doing my best to mentor the current leadership so that when the day comes that I step down off the Board, they don’t really need me. Serving in the highest leadership capacity of a real nonprofit certainly felt like greatness and I made every effort to be great in that position.

In the six years that I’ve served in various roles across the organization and attended countless programs, I can quite honestly say that the most invaluable benefit this organization offers to its members is its community and network of writers. From that very first meeting in 2012, I felt welcomed and accepted even with no bylines to my name - or at least very few in comparison to the greatness I sat among. Through committee and Board work, I got to know the very people this organization serves, their quirks, their skills, their work. 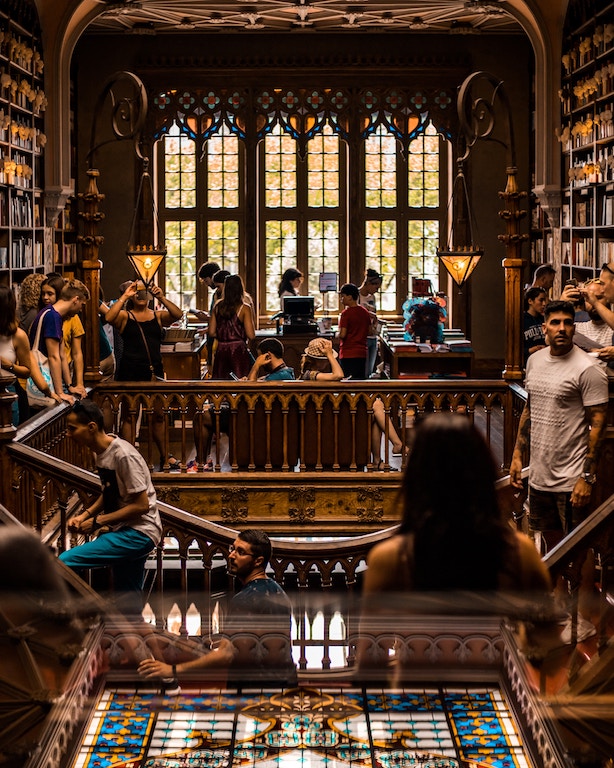 Though the feeling and belonging of community didn’t necessarily grow overnight - so many members already knew each other, I was the youngest member at the time, and building true bonds often takes time - it has grown and it’s the thing I hold the most dear about my membership to this organization. I find myself before each program wondering and hoping if ‘so-and-so’ and ‘so-and-so’ will be there and I can give them a gigantic squeeze, and find out what they’ve been up to. I love to hear about other members’ (now friends’) projects, their journeys’, their successes and setbacks. I take seriously their advice, suggestions, referrals, and support. When I’m at a program and surrounded by other world-wielding, prose-pounding, book-devouring enthusiasts, I feel at home. These people ‘get me.’ Not necessarily because we have everything in common or think exactly alike, but because one simple but strong passion is aligned, and that is our love for writing, our desire to be a part of this particular field that shares stories with the world, our shared belief in the power of good writing.

LVW’s community and network allows me a place to share my work and my writing journey; to ask questions freely about varying routes and avenues to publication; to partner and collaborate with others on projects; to connect each other to others who may know the very thing we ourselves do not but could make use of. We can swap cards, swap info, swap expertise. We can pump each other up and celebrate our victories. We can boost each other’s spirits when the publishing road (or drafting road) seems long. And we can offer each other new perspectives on the world we’re in as writers, the world we are trying to create on the page, and all of the space in between.

I feel this strong sense of community every time I attend an LVW function, but one time that it was particularly felt was in April, the night before the spring full-day program. A small group of us gathered by the fireside a the lodge in Killington (where Saturday’s program would be held). Though I was leading the gathering and had spent six years serving the organization, most of the people in attendance, I had never met, let alone had heard their work. For an hour we read to each other pieces we were working on or pieces already published. In between, we answered ice breaker questions (of a literary variety, think “What character do you most self-identify with?”) which allowed us to get to know one another on a more personal level but in the comfort of our shared world and common interest: books. There was so much laughter and honesty and the talent that presented itself in such a small group of us was astounding. So many genres and forms were presented in our small group, but everyone had such incredible power behind their words, and such craft. The energy that gathering created was amazing. 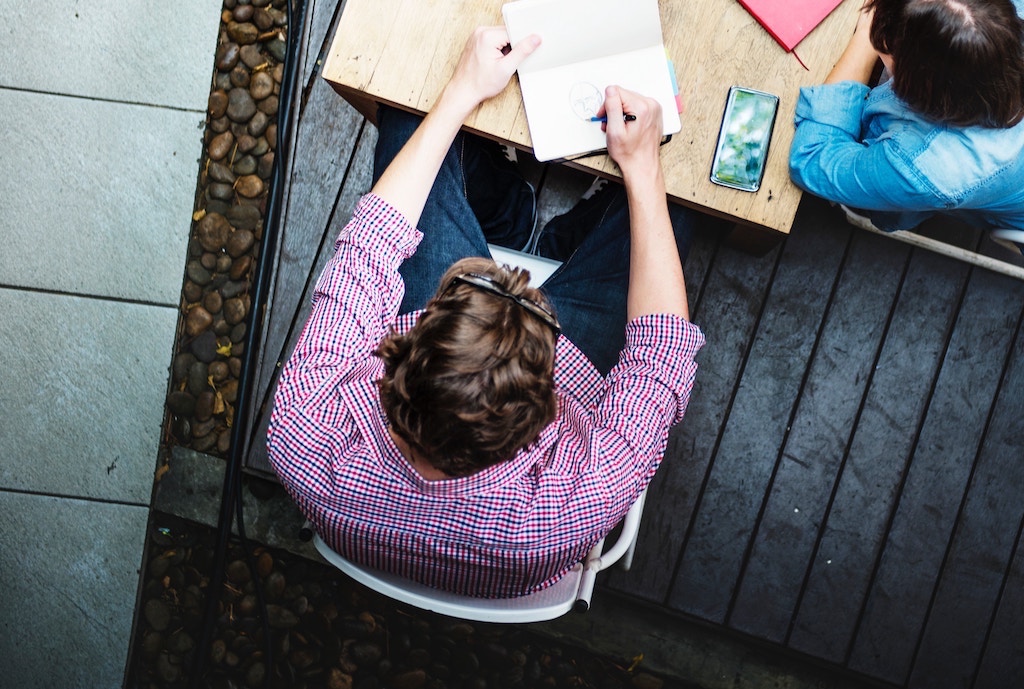 The League is often known among its members for its quarterly programs and newsletter, but we lose sight of the most valuable asset that the organization can offer us: its writers, the very people that consciously decide to be a part of this group. We shouldn’t lose sight of this benefit nor should we forget to take advantage of it. Other writers are important to our success and our well being.

LVW’s fall program is fast approaching: the first weekend of October. The details and registration are on this website. There have been breakout sessions incorporated into this upcoming program in which we hope to foster stronger community and networks across the genres. And the night before, LVW will again be offering an informal open-mic and gathering for writers like the one we did in April and described above. Please join us. Take advantage of what LVW has to offer: all of you, your words, your spirit, your love of writing. Become a part of this great and talented community and network of writers.

A. Y. Berthiaume is a native Vermonter, aspiring writer, practicing feminist, recovering middle child, hobby junkie, wannabe superhero, and a mom who’s pretty sure she’s just “winging it” most of the time, but hoping she makes it look good. None of these things pay the bills so by day she’s an admin assistant and hides her cape under her cardigans (though she’s pretty sure everyone has figured out she’s super). She set intentions for the year instead of resolutions and they included being present and patient (mostly in the momming-it category), and committing herself to positive thinking and pursuing her passions. If she could conjure her own Patronus it would be a heron. Once voted as most likely to star in a romantic comedy, people generally find her amusing and her laugh is the loudest you can hear in a movie theater. Though she loves the ‘f’ word for its versatility, you won’t find it in any of her LVW posts (because those are the rules). You can find some of her other writing on the Burlington VT Mom’s Blog (you won’t find the ‘f’ word there either) and on her own blog, Another.Blog. which is attached to her website. Berthiaume holds an M.F.A. in Creative Writing from the Northeast Ohio Masters of Fine Arts Program. Writing for League Lines Live provides the chance to offer other members of the writing tribe honest (and hopefully humorous) accounts of the trials and tribulations of aspiring to be a writer even when everyone else already thinks you’ve made it. Having only recently discovered her writing voice and made the decision to write under her own name, Berthiaume offers the following advice to her fellow word-wielding friends: Be brave. Be You. It’s time.

Photo of audience by Nicole Honeywill. Photo of people in library by Charl van Rooy. Photo of person writing by rawpixel. These photos were all found on Unsplash.com