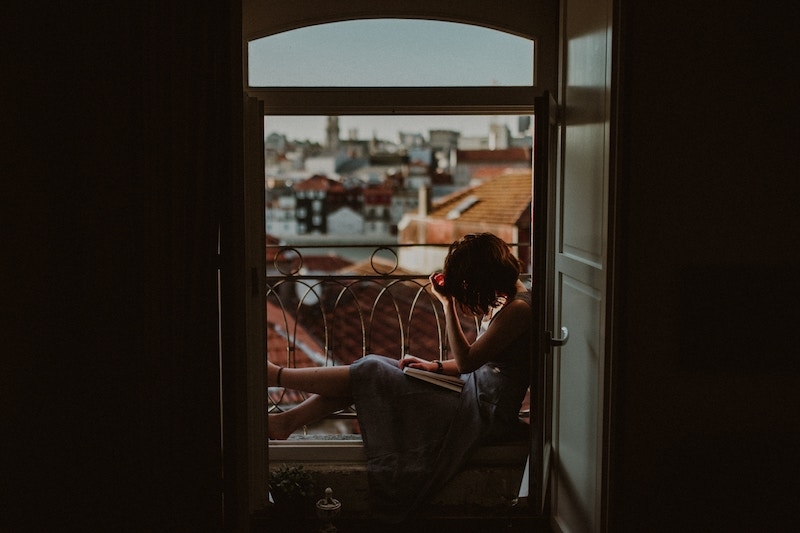 Considerations on a Pen Name (Part 2):
My Personal Struggle to Choose My Own Name

As I mentioned in my first post on this topic, I’m struggling to decide whether to write under my own name or to choose a pen name. Growing up all I wanted was to someday see my name across the covers of my own books. Wanted to feel the pride of accomplishment, the ownership and awe of my own craft bound between covers and available to the world. I haven’t lost sight of that desire, that goal, but now that I’m an adult, I see that want much differently. As a child there was no fear. There was only excitement and the calling to write. There was no stopping me. No critic. No worry. No self-doubt. I don’t remember asking myself “But who actually cares what you have to say?”

Now that I’m an adult, now that I’m a mom, now that I know nonfiction is my thing, now that my self-doubting voice and anti-writer (see The Writer Coping with Multiple Personalities) are as crafted as my craft itself, I cannot help but pause and wonder what to do. Do I put my name on these things or someone else’s? I recognize in this very different and very huge way – apart from when I was five or ten or even eighteen – that writing under my own name means real people really close to me may be very uncomfortable with that. Maybe even hurt. Shouting my truth from the rooftops of pages may not be their desire even if they want me to go after my dreams.

My son may come to realize when he’s old enough that he disagrees, dislikes, or feels embarrassed by the things I say, now forever bound between hardcovers or searchable on the internet. He may be reluctant to tell people his mom is a writer when asked the inevitable question, “What does your mom do?” And if I were to reach any level of recognition – local or otherwise – he may not want that attention, that transparency. Will he want to be a part of that life I create for myself that extends to him? Maybe he wouldn’t choose the ‘spotlight’ if given the choice. I am choosing for him. Or at least this is how it feels. 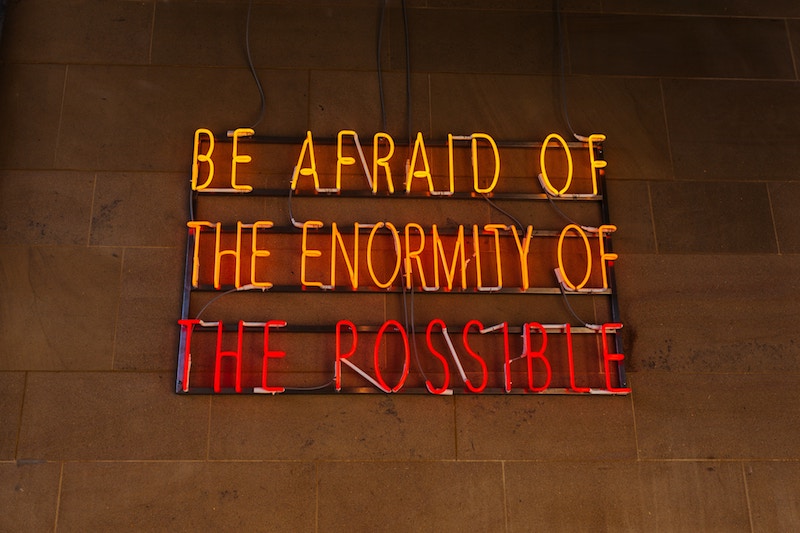 Similarly there is the argument to be made for my parents or siblings, closest friends or darling relatives, current or past loves, or anyone else that may land themselves on my page alongside me. What will they feel like to be penned into caricatures for the sake of my truth being shared. A majority of these folks that would find themselves in this written place are alive and well. Well enough to read and digest the words I write. They have the choice to not read them, of course. But assuming they will, what then? Like my son may come to realize, so could they: “Write if you must, but leave us out of it.” They, too, may disagree with the way something is relayed, shared, illustrated. And I know the snarky reply is “Well, then they can write their own damn book.” But I can’t just adopt that flippant approach and be comfortable.

These are people I love. Never is, or would be, my aim to hurt these people, and I would certainly do everything in my power to avoid such. But it is possible. I would be lying to myself and them (should they be reading this even now) if I said never would they be hurt or harmed by something I wrote. And I will be devastated if/when it happens. If my own dream somehow impacts their happiness or sense of self it would be crushing. My craft would be far less enjoyable if I could not enjoy it with those closest to me. A pen name then becomes attractive as a type of armor, a protective shield for my loved ones. All our names changed to protect ‘the innocent’ and now the world doesn’t have to know them. And it allows me a barrier by which maybe I am freer to say all that I want to about my experiences without the worry of hurting others. No one will know it’s ‘us’ if all of our identities are unknown. But this is faulty thinking now, isn’t it?

There are so many holes in this theory: that a pen name somehow protects. The first being that Vermont is a small state, our communities tight-knit, and word-of-mouth still powerful. Telling just a few people what name I write under would eventually be passed along, no matter how much those few swore to secrecy. Everyone has at least one other friend they tell everything to, including the thing you just shared. People would know it was me in no time.

Secondly, it may protect them – the real living people, turned into characters – from being seen by the greater world but it doesn’t protect them or me from each other. It doesn’t protect them from having been written about to begin with, or their potential disagreement or disgruntlement with what I’ve said. It doesn’t protect me from their hurt. Or them from my truth. And, if we go back to this being really about me and them, and these relationships we share, then whether it’s the whole world knowing ‘us’ for us or not, the possibilities of hurt still remain. Nothing has been solved there.

I could choose to not tell anyone what pen name I write under. But what purpose does that serve to hide one’s craft and passion from all. To isolate oneself. I become resentful of the hermit’s life and they lose me in their lives altogether. There’s no winning there either. Where is the authenticity? Where is the bravery in doing what I am called to do?

And don’t I have the right to tell whatever story I want to tell. (I can feel you all nodding.) Don’t I get to share my stories, my truths. Isn’t sharing our stories a part of the human experience, about personal and collective growth. Shared stories and truths transforms the personal into the political. And I could go and on.

Furthermore, there is this part of me that truly believes that if I don't use my name I am shaming myself for the things I've been through, that I'm saying to myself and everyone around me that I’m embarrassed by them or think less of myself for having experienced them. If I don't use my name, what then am I also saying to my child or to others about owning and speaking their truth, about not feeling shame. And if it's more about protecting myself from the potential hurt and judgment of those who read and disagree with me, those who criticize how I tell it or what I went through, is that not stripping me of my power from the beginning by allowing them (whoever they are) to stop me before I get started.  What model am I setting for my son or for those around me I hope to inspire. What person am I failing to be, not just for them, but for me.

I want to be courageous and brave in my telling. I want to not hold back. I want to no longer cower. I want to be back in touch with the brave little girl who didn't think about the critical voices. Who didn't invalidate what she had to say. Who unapologetically and unabashedly filled journals from cover to cover with stories and passed them around to her friends in middle school. I want to remember what it was like to hear all of them saying at a sleepover that they couldn't wait until I became a famous writer and they could look back and say, "I read some of her first books." What happened to her? She would be appalled at my level of self-doubt. 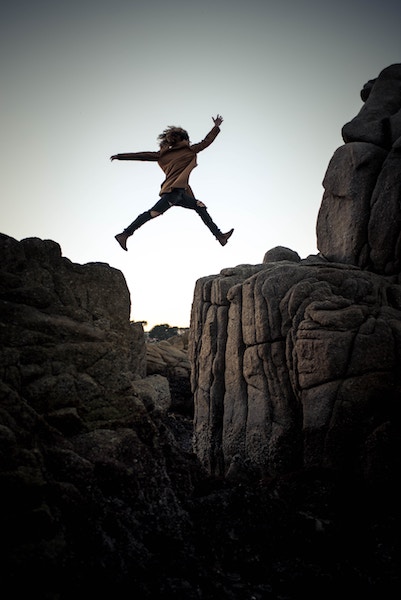 Certainly, this stems from all the times my writing has been invalidated along the way. The idea that writing is not a 'real' profession or course of action. Writing is not practical. Writing won’t put food on the table. And organically grown from all of that has been some voice telling me that maybe whatever it is I have to say doesn't matter. Who am I to be relaying any kind of truth?

But that voice, the one doubting that what I have to say matters, that voice is no longer anyone else’s. That one has become mine. People may have told me that writing lacked practicality or stability, but I've pursued it anyway. Here I am. I've ignored, overlooked, powered through. I'm doing it. I've been doing it. I will do it. So, don't I need to just do the same thing with my own internal voice that doubts the worth of my words. I need to respond to that voice the same way I have responded to the people telling me writing won’t pay the bills: Flip them off (figuratively) and keep going.

It seems I have my answer. I've known it a long time. That the tiny whispering from the shadows saying "Be brave. Be you. It's time." comes from inside me as much as the loud doubting voice does. I have to make the conscious choice to listen to this whisper instead. Allow it room to breathe and become the louder of the two. Soon it will be roaring and I will have no choice. There will be no taming it. "Be brave. Be you. It's time" will be so much a part of me, I will forget that I ever doubted myself to begin with. That I ever stopped and actually considered not writing under my own name. The little girl’s dream and bravery and audacity will be restored.

My answer is clear it just also happens to be scary. So scary I've been resistant to what I already knew. It’s really been fear the whole time, when you really tease it apart. I needed this time and space to get here. And now I need a solid reframing. I need to reframe the fear that underlies all of this questioning and self-doubt. Here it goes:

May I be brave. May everything I write always come from a place of good intention.

May I be brave.  May I recognize that the results of writing under my own name could be as positive as they are negative.

May I be brave. If they are negative, may I have the strength to confront those that require care and attention and to ignore those that are unworthy of my energy or time.

May I be brave. May I always write unapologetically from an authentic place of truth that is mine.

I guess this is it then. My official debut. Hello world.

I am Alyssa Berthiaume. I am a writer.

A. Y. Berthiaume is LVW’s Immediate Past President. A native Vermonter, Alyssa grew up in Swanton making up stories in the woods, acting them out, and occasionally writing them down. She wanted nothing more than to see her name in gold lettering on the cover of her very own book and spent years perfecting her signature so she could some days sign copies. Her first memoir was written when she was nine and was about growing up on her street. It was terribly boring and terribly written. She is a much better writer now, but she’s still working on getting her first book finished. Alyssa has an MFA in nonfiction from Northeast Ohio’s Master of Fine Arts Program and a modest list of publications. She’s the mom to a spunky and happy two-year old boy who by far is her most loved character and story in the making.